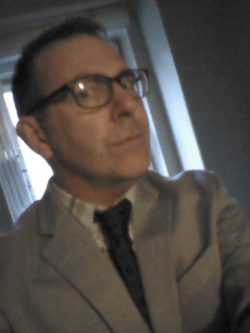 Christopher Josiffe is 53. As a library cataloguer, he came across the archive and library of ‘psychic detective’ Harry Price seven years ago. Intrigued by references to the ‘talking mongoose’ case, he began to examine the relevant archival material at the University of London and the Society for Psychical Research’s Gef files, held at Cambridge University Library. He has visited the Isle of Man where the strange affair took place, inspecting sites of interest and speaking to locals about the case.

He is a regular contributor to Fortean Times and has also been published in Faunus, Abraxas and The Pomegranate. He has presented lectures at (amongst others) the Ghost Club, the Society for Psychical Research, Senate House (University of London), Alchemical Landscape II (University of Cambridge), the London Fortean Society, and the Fortean Times Unconvention.

In in 1931 an impoverished Isle of Man family began to claim that a small animal with mysterious powers had appeared on their farm. It was said to have the ability to talk (in several different languages) , sing, read, do simple arithmetic, and eavesdrop and annoy local people. Numerous witnesses claimed to heard the entity speaking, and a some claimed to have seen him. Gef described himself as, variously, “a freak,” “a ghost in the form of a weasel,” “the fifth dimension,” “the eight wonder of the world” and, more simply, “a little extra, extra clever mongoose.”