The parish of Patrick in the west of the Isle of Man has been described as “the last bastion of Manx culture”; indeed, the last people to have spoken Manx as their native language were Patrick natives.

Extensively rural, with farming an important source of livelihood, Patrick has managed to retain some of the unique and ancient Manx identity that has to some extent been lost in the more urbanized east of the Island.

One aspect of Patrick’s enduring tradition and links to the Island’s rural and pre-Enlightenment past is the sizeable number of ghost, fairy, monster and haunted house stories situated in the parish.

Peel Castle is famous for its Moddhey Dhoo, cousin to Black Shuck, the Barghest, the Gytrash, and the various other iterations of oversized black dogs with glowing red eyes that are recorded in numerous parts of Britain. Despite its terrifying reputation (black dog apparitions sometimes being regarded as harbingers of an impending death), one account of the Peel Castle’s Moddhey Dhoo sounds quite harmless and domesticated:

“One legend of the Moddey Dhoo is based in the reign of King Charles II (1660-1685)…[It] would appear each night and sit by the fire in the guardroom.”
Glen Maye, a lush, fertile beauty spot and tourist destination since Victorian times is rich in flowers, ferns, moss and wild garlic.

The glen leads from the Waterfall Inn (where Price and Lambert stayed during their 1935 visit to Doarlish Cashen) down to the sea. Along the way, two waterfalls and their attendant pools may be viewed from the vantage point of a bridge.

But a sinister tale is associated with Glen Maye, it being reputedly the home of a buggane, a Manx legendary creature that can adopt various forms – sometimes that of a human, at other times a huge, hairy monster with tusks, claws and red, fiery eyes. Another of its forms is associated with water, appropriately for the glen’s waterfalls and coastal location, and in this the Glen Maye Buggane resembles the Cabbyl-Ushtey or water horse (sometimes known as a Glashtin), a dangerous creature that also appears in Irish and Scottish folklore.

A variant on mermaid or merman legends is located off the coast of the Niarbyl, narrow rocky outcrop just down the road from Dalby that extends into the sea. Basking sharks and seals are often seen here (myself and my partner saw both when we visited), but the tale speaks of an old man with long white hair whose small boat was somehow attached to his body as if the two were one. So melodious was his voice that locals would gather on the shore to hear him sing, in particular ‘Arrane Ghelby,’ ‘the Dalby Song.’

Another story associated with the sea is that of the little ghost child of Eary Cushlinn farm, who could be heard wailing and crying by sailors, fishing off the coast of nearby Lag-ny-Keeilley. It turned out that the child had died there unbaptized and, as a result, haunted the farm. (Incidentally, Eary Cushlin has a pivotal role in the Gef story – buy the book to learn more!).

The phynnodderree, another of the Isle of Man’s legendary creatures, is, in my opinion, of great relevance to the Gef story. I explain why I believe this to be so in my Gef! The Strange Tale of an Extra-Clever Talking Mongoose book, so will not go into great detail here. Suffice to say, however, that the phynnodderree is the Manx equivalent of those household fairies known on the mainland as Hobs, Hobgoblins or Brownies. In Manx folklore, there is more than one phynnodderree legend associated with the area around Doarlish Cashen.

All this is to illustrate that the story of the Dalby Spook a.k.a. Gef the Talking Mongoose did not happen in isolation, Rather, the area in which Gef manifested was and still is one that is rich in folklore and legend, and a mysterious creature with seemingly magical powers would have been quite in keeping with earlier tales.

Admittedly, the 1930s period was one in which modern technology was starting to make an impact on the area; cars, telephones and radios began to appear. The Manx language was on the way out. In this respect (and given the Irvings’ status as outsiders, James Irving in particular being a formerly affluent, middle-class urbanite from the cosmopolitan city of Liverpool), the Gef case may be seen as a collision between modernity and a traditional rural lifestyle and beliefs.

It is in this light that I believe Gef’s 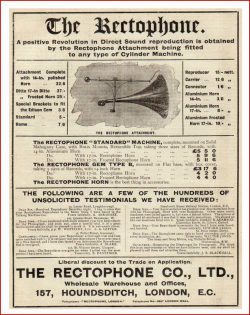 references to technology and scientific discovery (his magic phones, his rectophone, his boasts that he could split the atom or that he was “the eight dimension”) should be considered – a mongoose of modernity, but perhaps a manifestation in contemporary form of one of the Island’s folkloric creatures.

And the area continues to be associated with the paranormal.

A contemporary Peel supernatural manifestation – cited on the Paranormal Database  – is the appearance several alleged ghosts (an adult male together with ghost children, reportedly dressed in Victorian clothing). The sightings are recorded as having taken place between 2003 and 2007 in an un-named Peel bed-and-breakfast house. Locked doors are reported to have been found open, and keys and other small objects are said to have vanished and then reappeared after a few days.

Gef – or one of his cousins – perhaps still lives? Indeed, there have been other reports of Gef’s continuing presence into the 21st century…but I shall save these for another post…